T and I have been toying with the idea of battling Iron Chef style. 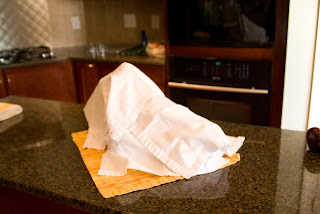 Pineapple & coconut were to be our challenge. 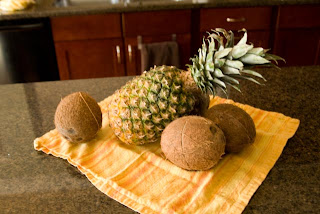 Considering the broad palette of ingredients that we normally use including these, it was quite suprising that neither of us had ever taken apart a coconut. I grabbed a hammer, and we began to experiment. 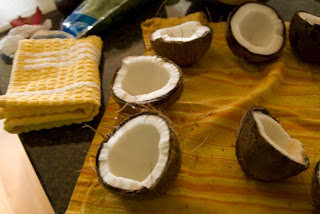 We each presented 4 dishes. Taria fried wonton wrappers which were dusted with coconut and parmesan. These were served with a pineapple guacamole. 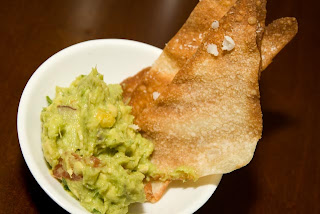 Next, she combined angel hair with diced pineapple and tomatoes, and mussels cooked in a coconut Riesling broth. 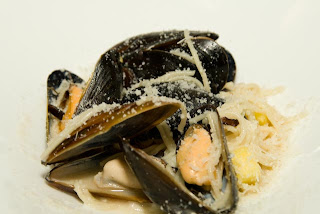 She then made a classic pimento cheese using roasted red peppers, Wisconsin cheddar, mayonnaise, and pineapple. This was spread on pumpernickel and pan toasted Monte Cristo style. 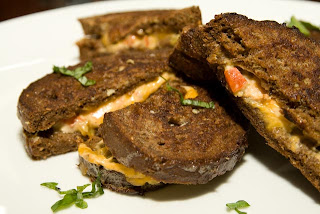 Last was the lobster and coconut fried wontons with pineapple reduction. These were made with grilled lobster and marscapone. 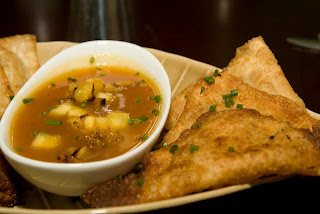 I began with a classic Thai curry, but substituted pineapple juice and miso paste for much of the chicken broth. I grilled the chicken quickly on a hot fire before they finished cooking in the sauce. This was garnished with steamed baby bok choy and rice. 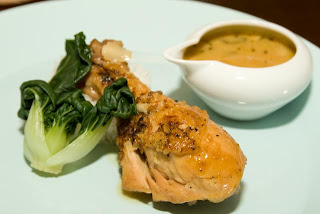 At this point my meal was seabound. I breaded fresh baby squid in flour and cornstarch, then into coconut milk. They were finished in toasted coconut and baked. They topped Yukon gold potatoes that were mashed with coconut milk, chinese chives, and beech mushrooms. The sauce was made by reducing pineapple juice with jalapenos, pineapple, and palm sugar. 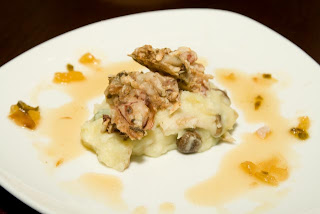 My third course contained a sea scallop rolled in a mixture of cocoa powder, cayenne, and chili powder, then pan seared. This was topped with grilled pineapple and a coconut sauce 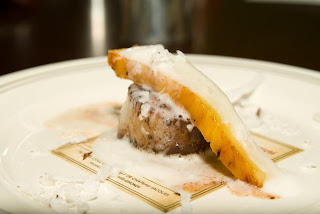 For my last dish, I grilled whole shrimp and topped with a pina colada sauce. I started by sauteeing pineapple, scallions, and sugar. Then, I added coconut rum and coconut milk. 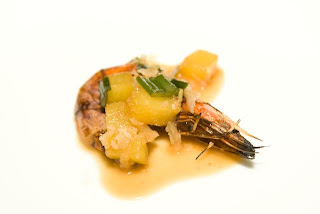 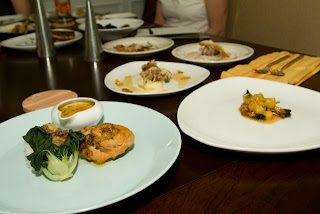 After eating, I decided to whip up one last thing. My wife was disappointed that she did not receive a single desert, so I thought of what to do with the leftover coconut cream. I combined it with mocha dark chocolate bars, milk, and nutmeg to make the best hot chocolate I have ever tasted. 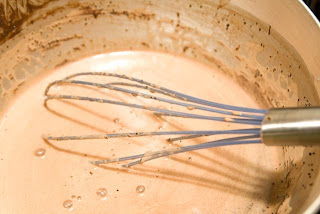 Our original time limit of 2 hours was finally exteneded to at least 2 hours 45 minutes. Not bad for a first time considering sharing space and cooktop, and without sous chefs.
Posted by Food at 1:39 PM No comments:

I am debating the format of this blog, and need input. I am a slacker, procrastinator, and everything else your mom told you not to become. I find myself neglecting my posts due to lack of time, so I have decided to post shorter entries and focus only on the pics. Let me know what YOU think. What do YOU want to see? Below are some of my recent weeknight dinners. 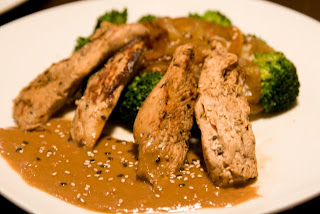 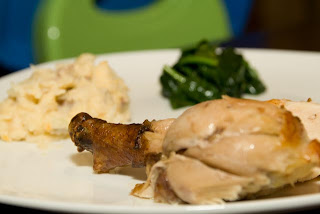 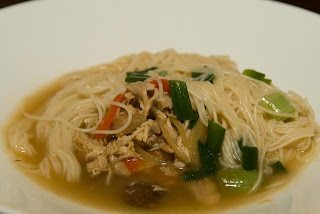 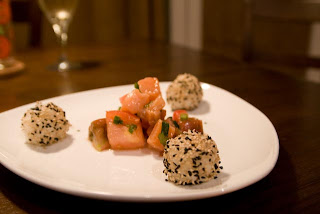 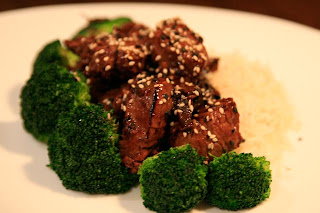